Dystopian young adult novels follow some common themes, and most storylines follow at least one theme or combine a few to create their dystopian world.  These drastic themes have become very popular with young adult readers as they draw on an emotional response that keeps the reader wanting more.  Dystopian novels embrace environments that are destroyed and societies that are under control.

The following are common themes found in dystopian novels and often more than one theme will be explored within one storyline.

Empty by Suzanne Weyn depicts a world closely resembling our current world that is on the brink of running out of oil.  The story follows a group of young adults who find themselves in a world with no food, transportation or shelter as a result of the loss of fuel. Through their strength and perseverance they discover a way of living that allows their society to carry on.
Image is the property of Scholastic publisher. 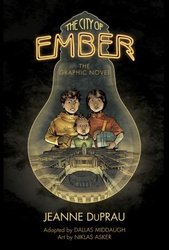 Nuclear Disaster:
Often dystopian novels are set in a world that was previously obliterated and no longer inhabitable.  In this case, the characters may be living in ruins, or they may be living in an underground shelter, protected from the harmful radiation and horrible conditions.  In this dystopian setting, the world is very controlled and many live in fear.

City of Ember by Jeanne DuPrau is set in an underground world called Ember where everything is controlled and rationed very precisely.  Lina is excited when she is chosen to become a member of the cities messaging service because it means she can run around exploring all day.  When Lina and her friend Doon find some clues about the precious world they start to question the fate of Ember.
Image is the property of Random House publisher. 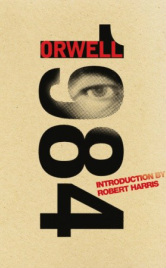 1984 by George Orwell is set in a world that is under complete government control.  The leader of the party has surveillance over everyone.  After developing a relationship with Julia, Winston begins to hate the control they are under. After a meeting with another party leader he believes there is hope in sight, but the government may see more than he thinks.
Image is the property of Random House publisher. 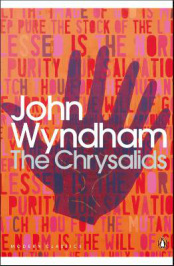 Religious Control:
Similar to government control, religious control is very commonly found in dystopian literature.  In this case, the religion controls the population by making them fear that certain actions or characteristics are sins or blasphemies.  This control will often result in a portion of the population fleeing the community or a revolt.

The Chrysalids by John Wyndham is a dystopian novel set in a world completely under the control of a powerful religion. In this religion, any small abnormality physically or mentally is considered a blasphemy and if discovered will result in their termination. David Strorm realizes at a young age that he has telepathic powers. When he meets Sophie and discovers her extra toes, they realize they must escape their community and find somewhere that no one knows them.
Image is the property of Penguin UK publisher.

Feed by M.T. Anderson is set in a world where people’s brains are connected to a network similar to the internet.  This feed, which is most often implanted at birth, can interrupt citizens thoughts with advertising and other messages.  After experiencing a malfunction of her Feed, Violet decides she wants to live without it and starts to rebel against the Feed.
Image is the property of Candlewick Press publisher. 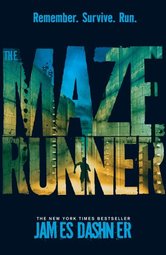 Survival:
The fact that survival comes up in dystopian novels should be no surprise.  Very often, the quest for survival is a result of one of the other themes described here including government control and environmental destruction.  This quest for survival makes for an exciting story line and unexpected twists.

The Maze Runner by James Dashner depicts a world in which young boys are transported into a controlled world where they are trapped. These boys live and survive by organizing themselves into working groups where they farm, collect and search for an escape.  Their lives change forever when something strange comes through the portal, a girl.  With new information they push themselves to escape from this unknown world.
Image is the property of Random House Children's Books publisher. 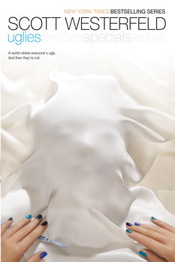 Uglies by Scott Westerfeld  focuses on the loss of individualism of every resident after the age of sixteen.  After their sixteenth birthday, every resident must undergo a life changing surgery that changes their appearance, giving them the most desirable features. As a result, everyone is equally beautiful and therefore has equal opportunity.  Tally can’t wait until her sixteenth birthday when she can become pretty, until she meets Shay, who has different ideas about the pretty world.

This image is the property of Simon-Pulse publisher.